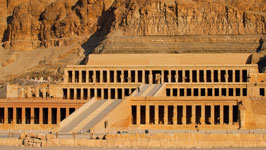 Explore Karnak Temple, the Temple of Luxor, as-well as the burial ground to the Kings of Ancient Egypt at the Valley of the Kings on this brilliant tour of Luxors best sights - for guests staying in Luxor.

Add to Basket
Hotel Pickup: 08:00 am
Hotel Return: 04:30 pm
Luxor Tour - from Luxor Our Luxor Tour allows travellers staying in Luxor to see the most important sights of , "the world's largest open-air museum". We'll pick you up from your hotel in Luxor ready for a magnificent day of exploration, ancient history and some good fun too. Karnak Temple After being picked up from your hotel by an Egypt Excursions highly trained, knowledgable and friendly tour guide, you'll explore Karnak - "the greatest example of workmanship in history". 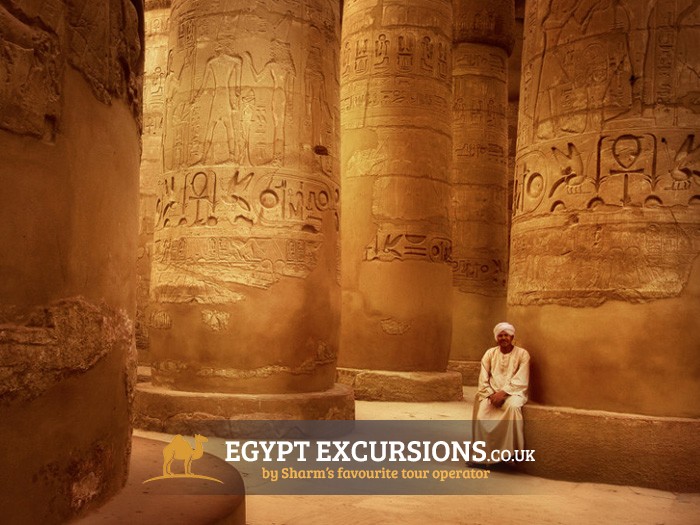 The Karnak Temple complex - known simply as Karnak, comprises a vast mix of temples, chapels and other buildings dating back as far as the reign of Senusret I in the Middle Kingdom. The area surrounding Karnak was the ancient Egyptian's main place of worship of the eighteenth dynasty. Our guided tour will take you around the impressive and vast open-air museum of Karnak, the second largest ancient religious site in the world and the second most visited historical site in Egypt after the Great Pyramids of Cairo. The size, diversity and complexity of the ancient buildings of Karnak are due to the length of time Karnak was developed over, with approximately 30 pharohs contributing to it over their respective reigns of Egypt, this is unheard of from any other temples in Egypt. Walking around Karnak you'll see a staggering amount of carvings all over the stone built temples, representing the gods and figures worshipped from the very ancient to the different gods worshipped in the later stages of ancient Egyptian civilisation. Almost all our customers comment on how intricately detailed the carvings on Karnak temple are, bearing in mind the enormous size of the complex, and describe a feeling of awe similar to that of seeing the great Pyramids up close. Questions of "How did they achieve this!?" are regularly asked, especially when you consider the age of the temple. One of the more notable things you'll see as you make your way around Karnak is the Hypostyle Hall, an enormous hall area of 5,000m2 with 134 massive 10 meter tall columns arranged in 16 rows. The architraves on top of these columns weigh 70 tons, so the general theory is that they were built using massive levers requiring a great level of balance and time to get the massive stones to such a great height. There are many alternate theories to explain the building of Karnak, if you're interested then feel free to ask our guide. Temple of Luxor Our next stop if as the spectacular temple of Luxor. Founded 3,400 years ago in 1400 BCE, the Luxor temple complex consists of 6 great temples, 4 on the left bank of the Nile and 2 on the left bank. 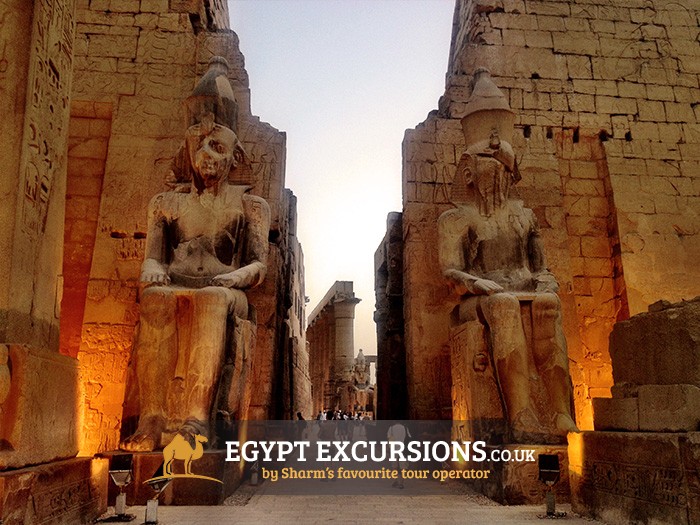 These enormous temples have been constantly used throughout history, including using it as a legionary fortress for the Roman forces, as well as a home for local Roman government. In medieval times, the Muslim population of Luxor had settled in and around the temple. At this amazing temple complex you'll see the technically advanced optical illusions employed by the Ancient Egyptians into many tombs and temples, including the Great Pyramids of Cairo, the Temples of Luxor have walls of different heights which actually appear to be the same height. Valley of the Kings The Pyramids of Giza were built for the Pharaohs of Egypt's Old Kingdom, but the Pharaohs of the New Kingdom wanted to be closer to the source of their dynastic roots in the south and so built splendid crypts in the barren dessert hills to the west of Luxor, in the Valley of the Kings. 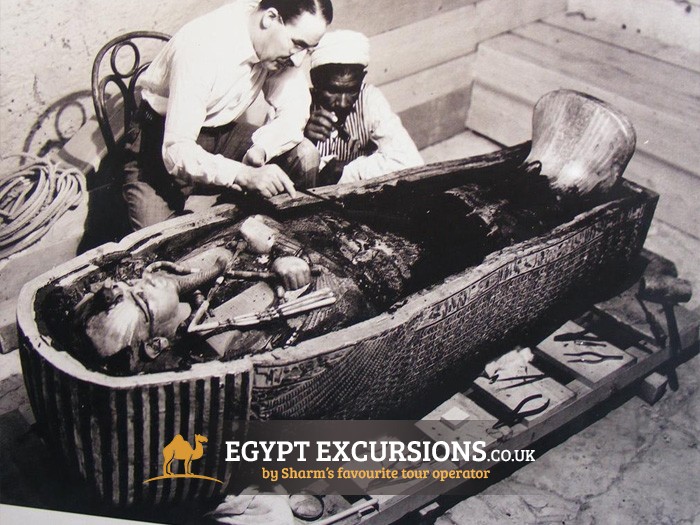 The ancient Egyptians built massive public monuments to their pharaohs, but they also built hidden underground mausoleums that no one was ever meant to see, it's these tombs now excavated in the Valley of the Kings that we'll be seeing on our tour. The Valley of the Kings became a royal burial ground for the Pharaohs such as Tutankhamen and Ramses II, as well as other royal figures in society such as queens, high priests and other elites of the 18th,19th and 20th dynasties. These ancient tombs tell of elaborate preparations for the next world in which pharaohs would need their bodies as they join the gods and so would require mummification to keep it in good order. Within these well hidden tombs was also vast amounts of treasure, food, linen, flowers, beer, wine and everything else a kings would need in the next world even including beloved companions from this life. It was widely believed that the Valley of the Kings had given up all it's secrets and that all the tombs had been found throughout the thousands of years since their construction, however Howard Carter's find of king Tutankhamen's tomb in 1922 proves that there may still be tombs waiting to be found. Lunch Next we'll stop for a delicious lunch and drink serving a wide range of Egyptian, Western and Vegetarian options. Hatshsput Temple Very close to the Valley of the Kings, beneath the cliffs at Deir el Bahari on the west bank of the Nile lies the mortuary temple of Hatshepsut, considered one of the "incomparable monuments of ancient Egypt" this imposing temple is dedicated to the sun god Amon-Ra. There are three layered terraces reaching 97 feet tall, each story articulated by a double couple colonnade of square piers. Transfer back to your Hotel in Luxor After our tour of Luxor we'll drive back to your hotel. 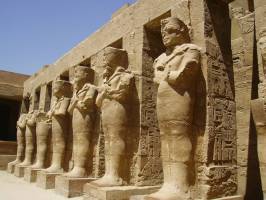 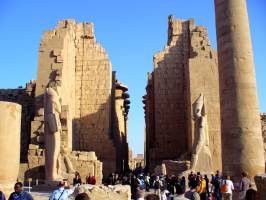 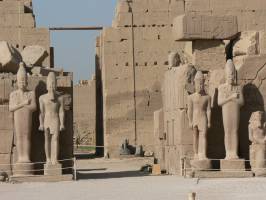 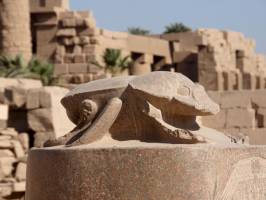 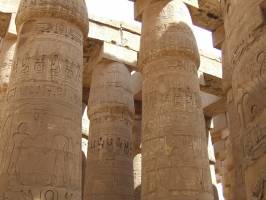 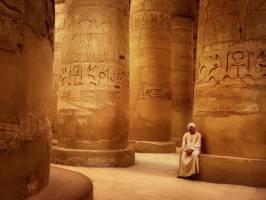 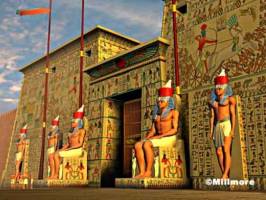 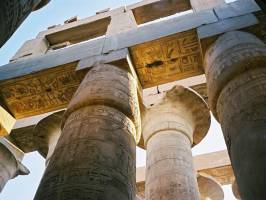 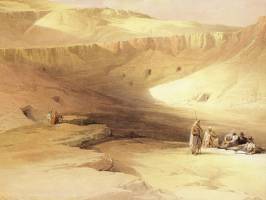 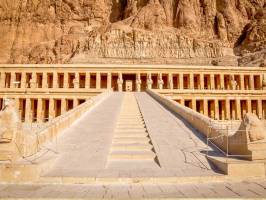 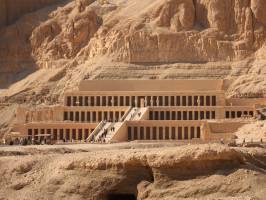 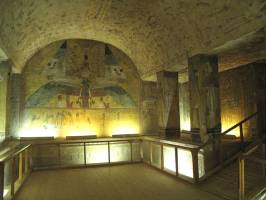 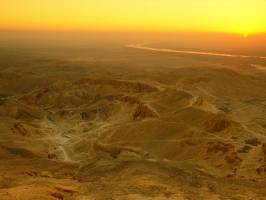 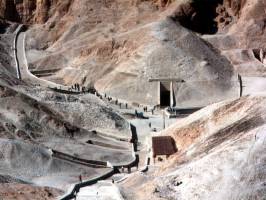 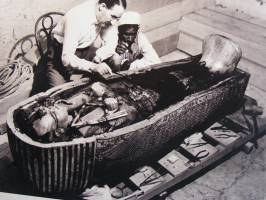 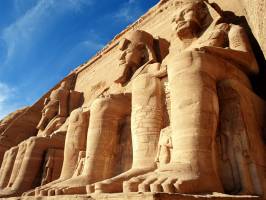 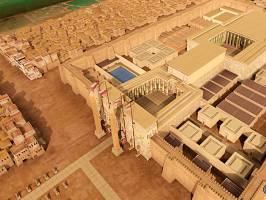 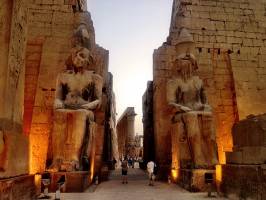 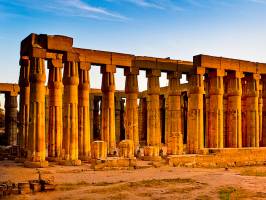 Full Day Luxor East and West Private Tour
From many years of travelling around the world, my wife and I have become very aware of how much difference a good, knowledgeable guide can make when you visit historical sites. We were very fortunate to have Mahmoud, a trained Egyptologist, fluent in English and German, to guide us around Luxor. He really made the place come alive for us. It is all fascinating. The fact that so much of the place was buried in sand until relatively recently adds layers of interest. We actually had more than one day, and we did tours of the Valley of the kings and other places on the West bank as well as day and night tours of Luxor. The Caliche tour of the market, with people swirling about and us having to duck under stuff was really colourful. You really must visit.
Pete and Kathy Jamieson from New Zealand - 22nd Jun 2016 2016-06-22